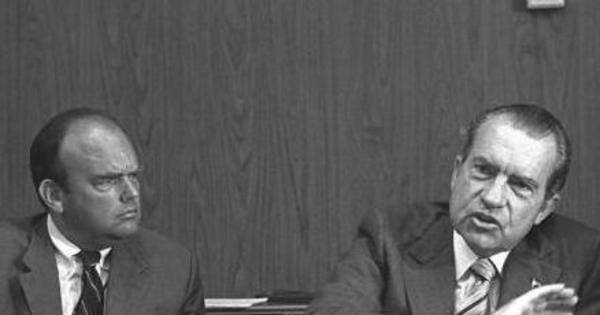 From the “IMPORTANCE OF PREPARATION” Files: this text just in to Samantha from Big Apple ‘Traxer STEVEN KEARNEY, whose latest booking packed a pretty HUGE surprise!

“Booked a job for yesterday w a 6:45AM call on the set of a movie called “The Post” (starring Hanks & Streep). Movie shooting on location in a beautiful old library on campus of Columbia University.  Kearney hired as a voice-match for deceased Watergate villain John Erlichman. Myself, a guy doing Nixon, and a few others hired to recreate a phone conversation or two re: Watergate.

At 7:15am a gentleman in a long-sleeved shirt, vest, and tie walks into this back conference room – rigged and staffed by sound guys w recording gear and a handheld boom mic – who will be directing our session.

He could not have been nicer, Samantha. He knew what he wanted, he was calm, kind, and totally engaged in every word of what we were doing. An unforgettable 30 min’s of my voice acting career – and I was ready for it. Not at all nervous… just give it to him. Trust it. Let it go.

Your boy, Steven Kearney, being directed in a (tiny) voice role in a major motion picture by Sir Stephen Spielberg.

Do the work, move it forward, give every audition your best effort, and ya never know who you’ll run into in this business.

We couldn’t be prouder of you, Steven! And just a little footnote about this: notice how Steven said he was “READY for it”? That’s just one of many reasons we don’t knock demos together after six months of training. We want EVERY Voicetrax Student just as ready as Steven was by the time they enter the field.