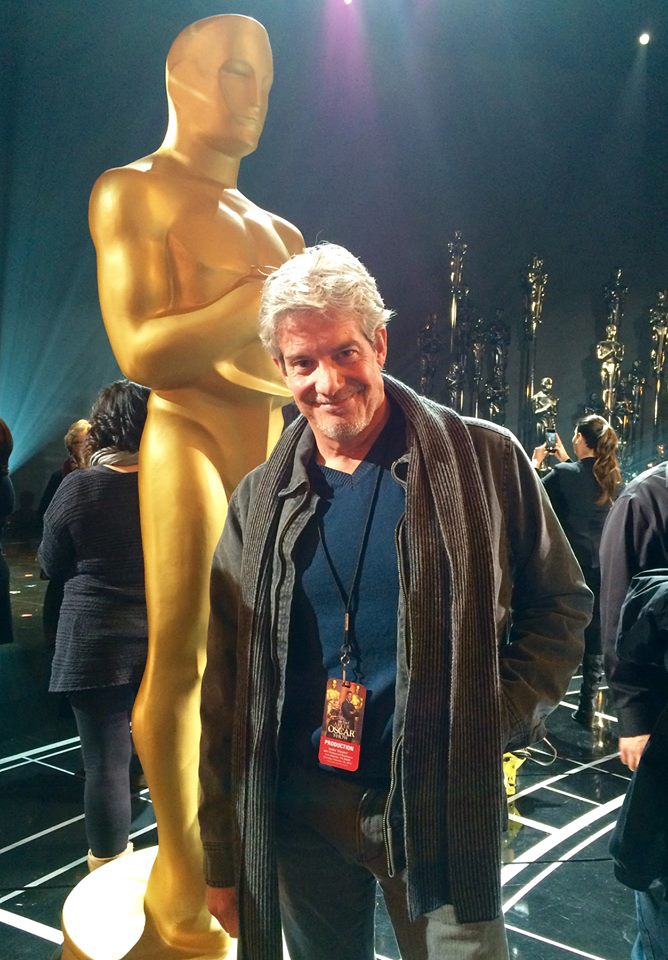 From animation to commercials to promos, Townsend Coleman has done it all including starring as Michelangelo in the original Teenage Mutant Ninja Turtles and the seriously goofy superhero, The Tick. Not to mention he was the voice of NBC’s “Must See TV” for years and currently voices promos for ABC. To our great fortune, Townsend is bringing all that experience, wisdom and talent to Voicetrax. In anticipation of his appearance in the next installment of our Inside The Voice Actor’s Studio lecture series, we chatted with Townsend to take a peek inside what makes him tick…. (hee hee hee, get it?)

VT: You’ve enjoyed a career that’s spanned several decades and is still going strong. How did it start?

TC: I moved to Los Angeles in 1984, got lucky and signed with my first (and only) agent, Jeff Danis, my first week in town. Just six months in, and within 10 days of each other, I got my first national, on-camera television commercial for Kraft BBQ Sauce, I landed my first movie role in a film with Tommy Lee Jones and I booked my first cartoon series, Inspector Gadget. All of a sudden, I was earning money and residuals like I’d never seen before and I thought… I’ve made it! Then within six months I was broke again and having to sell my car and borrow money from my mom to pay the rent. Having that kind of success and, more importantly, that kind of failure that early in my career was probably one of the best things that could have happened to me. It taught me a huge lesson, namely how fickle this business is. You have to be realistic and thankful about the work that you get.

VT: Humility and gratitude seem to be a recurring theme amongst the most successful voice actors who’ve enjoyed incredible longevity in our industry like you have.

TC: I think that thankfulness and gratitude is a real key in keeping grounded in a way that doesn’t allow our heads to get too big and get in the way of the work. Every session I’m seriously thankful for yet another opportunity to work. I can’t believe that I get to do this.  Honestly there isn’t a day that goes by that I don’t walk out of my booth when the session is over saying, awwww it’s over already?

VT: You do a lot of work in promos, which can be formulaic and monotonous. How do you keep it fresh?

TC:  Every single time I work there isn’t a moment that I slack off or give anything less than 100%. I love what I do and doggone it, it’s fun. I always try to keep myself energized. I can’t just walk through this stuff because audiences can feel that. Producers and directors can tell if I’m just going through the motions or if I’m really getting into it. It’s like being in a Broadway play. Those actors do the same show 8 times a week. But somehow each time that curtain goes up, they find a way to make that specific performance come alive. I always look at my sessions as a live performance. And even after all these years, I still have sessions that give me that rush as if I’m doing it for the first time and I’m the luckiest guy on the planet. It’s a high like no other. I’m not sure how to explain that to somebody that hasn’t experienced it for themselves.

VT: If we fast forward a few years into your career, along comes a little show called Teenage Mutant Ninja Turtles. How did that happen for you?

TC: I was doing a show called Fraggle Rock and the voice director was Stu Rosen. Stu came to one of our sessions one day and pulled a Teenage Mutant Ninja Turtles comic book out of his briefcase and told us he was casting and directing this as his next project. None of us had ever heard of it before. I remember shaking my head and thinking, what has this world come to?  Pizza-eating turtles with nunchuks? How big an audience could there be for something this bizarre? Remember, these were the days of Strawberry Shortcake and My Little Pony, so Teenage Mutant Ninja Turtles seemed pretty damn edgy at the time. Stu brought most of us from Fraggle Rock in to audition and I won the part of Michelangelo.

VT: How quickly did you realize that you were a part of a phenomenon?

TC: About half way through the first season we were the #1 show and the action figures and toys were selling like hotcakes. One day you wake up and think… how did this happen?

VT: Why do you think it was (and is) so popular?

TC: That’s a hard question to answer. When it premiered, it was really different than anything else out there. Also, the vastly different characteristics of each of the four turtles embodied something that just about any kid could relate to. I could tell you story after story from people that have approached me at conventions or through social media that say how much the Teenage Mutant Ninja Turtles were a part of their childhood and how important Michelangelo was to them in teaching them a sense of humor, the importance of sticking with something or the importance of having fun even when things were difficult. It never occurred to me that the words we were saying would have any kind of meaningful impact on another human being. It’s amazing to me that it resonated with so many kids.

VT: We have to mention the animated series, The Tick. It’s a cult classic.

TC: It’s blown me away just how popular that show still is. I think it’s more popular now then when it first aired in the 90’s. In fact, with everything I’ve done in animation, The Tick was easily my favorite show to work on ever. The writing really hit my funny bone and the cast was great. I was a huge Monkeys fan as a kid, so having Micky Dolenz (who originally played Arthur) as my sidekick? It doesn’t get any better than that.

VT: The Tick is such a loveable superhero. Is he based on anyone in particular?

TC: Actually he’s a composite of Gary Owens, the announcer on Laugh In, Ted Knight who played Ted Baxter on the Mary Tyler Moore show, and the character of Nick Danger (a gumshoe private eye) from Firesign Theatre. When I first saw the script for The Tick, I read the lines and show description and saw a picture of The Tick and those three guys immediately came to my mind. So I started by borrowing the diction of Gary Owens, the bumbling, but trying to be cool essence of Ted Baxter and the straightforwardness of Nick Danger. Then I dialed in a little bit of myself into the mix. As inventive as some of my work might seem, it’s not stuff I invented. It all came from ideas, sounds and styles that somebody before me had already done.

VT: But it was your imagination that brought those three prototypes together.

TC: True. And even though there were a lot of things that I borrowed, there was that element of me that nobody else could bring to the role. And that’s true for all of us as voice actors. We each have that something unique to us that nobody else has, and it’s incumbent upon each of us to discover and feed it and let it blossom and bloom.